In the San Francisco bay-area of California a Vietnamese immigrant has been handcuffed and taken off to jail, after her particular "scam the ignorant Americans" scheme was finally discovered. She has been pretending to be a doctor of pharmacy for more than 10 years. In a press release announced by the California Board of Pharmacy, a woman named Kim Thien Le has confessed, after an investigation revealed she had lied about graduating from Creighton University with her Pharm D

A Northern California physician whose idiotic driving on a rural highway killed 3 people in 2016, has finally been sent off to a well-deserved cage. Doctor Danny Mundall Anderson, age 71 of Sonora, had been found guilty of multiple counts of Vehicular Manslaughter, Gross Negligence, Reckless Driving and Hit & Run last July, after a Tuolumne County Superior Court jury studied the case against him. Anderson, who fled the scene of the high-speed crash involving two other cars, w

Time for a bit of logical focus: So the moral of the story? Reality bites. 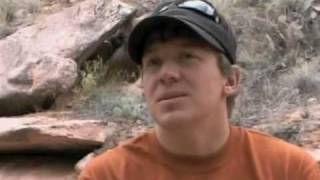 America: It's Time for an 'Idiot Penalty'

"Stupid is as stupid does" (Forrest Gump) Hey, Readers. You DO realize you pay for this imbecile's brainlessness, right?

In a particularly strange and cruel turn of events in the lives of a close-knit New England family, a 57-year-old Massachusetts physician was killed in a freak hiking accident just two days before last Christmas. According to New Hampshire police, Doctor Judith Pinsker, who had worked as a primary care MD at Tufts Medical Center in Boston for nearly 20 years, died after she was struck on the top of her head by a large sheath of falling ice, while walking on an snow-covered tr

Doctor Thomas Dixon It was five years ago - in 2013 in Amarillo Texas - that Doctor Thomas Dixon, was arrested, found guilty and eventually sent off to state prison, after the prosecution was able to convince a jury that Dixon had paid a man to kill his counterpart in a romantic triangle. Well, it now appears that Daffy Duck Dixon has won the questionable advantage of going back for a new murder trial. In the summer of 2012 in the city of Lubbock, the body of Doctor Joseph So